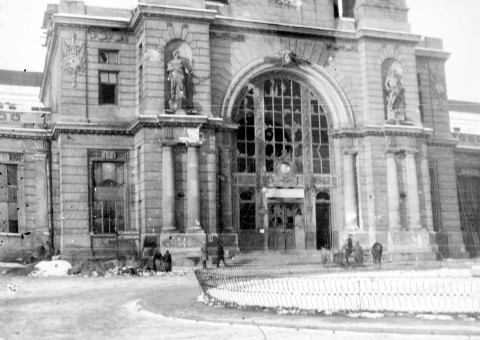 State of the railway station after the battles on November 3-4. Source: NArodowe Archiwum Cyfrowe

The main railway station played an important strategic role. Both the Poles and the Ukrainians claimed the trains with weapons and ammunition and food depots located there for themselves. Also, control over it enabled the two sides both to obtain military assistance and not to allow it.

According to the plan of the uprising, by the evening of November 1, the station was guarded by a Ukrainian garrison of 50 military personnel. This group under command of lieutenant Yuriy Polianskyi, was supposed to prevent the plunder of trains and depots; to set up the fastest transit of the demilitarized soldiers of other nationalities to their homes through Lviv, as there was a fear that the latter could be involved in looting. They did not succeed in getting the Ukrainian military of the Austro-Hungarian army into their ranks, because of the general fatigue of the war and misunderstanding of the goals and objectives of the Ukrainian uprising.

Attempts by the Poles to seize the station began as early as November 1 from the riots near the Church of St. Elizabeth. At noon on November 2, the group of Polianskyi was virtually surrounded. Since at the beginning the Poles wore civilian clothes, it was difficult to distinguish them. Not able to resist rebels and marauders, deprived of communication with the command and demoralized by rumours, the Ukrainian garrison was relocated to the Pidzamche station. In a hurry, the commander forgot a group of people, but lieutenant Yosafat Sidelnyk headed it instead and defended the train station practically till the end of the day. The Poles, under the command of lieutenant Jan Schramm, did not immediately notice the evacuation of the rest of the Ukrainian garrison and stormed the train station without resistance in the late evening of that day.

Despite the efforts of both sides, the railway station was dominated by marauders, who paused, however, having found carriages with alcohol. Setting fire to wagons with oil products led to fires in warehouses.

With the arrival of the Sich Riflemen in Lviv in the evening of November 3, attempts to recapture the station began. The Hutsul squad led by junior lieutenant Roman Karatnytskyi and a squad under command of lieutenant Yevhen Yasenytskyi captured almost all of its territory, but without help they had to retreat to Sknyliv. By mutual arrangement of the sides, the station was to be guarded by a mixed Polish-Ukrainian team. However, it was only a war ruse of the Poles, who quickly disarmed and captured the Ukrainian military. 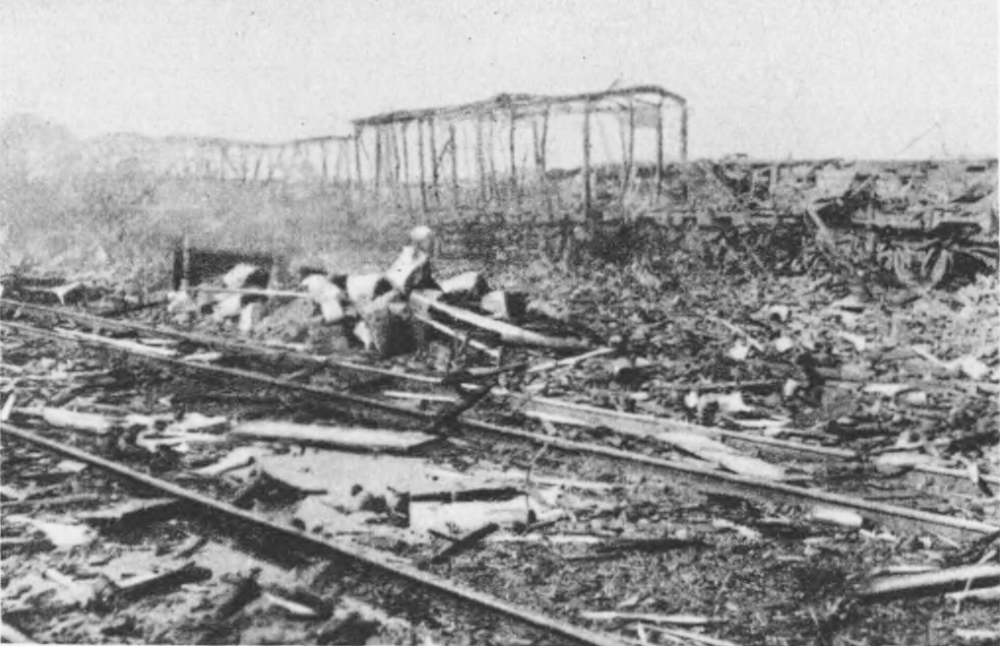 "On November 3, insensible bodies of the residents of Lviv and the surrounding areas, who were drunk as cobblers, as well as bodies of the rebels and of former soldiers of the Austro-Hungarian, Russian, and Italian armies, were scattered around the territory of the cargo station as if they were corpses on a battlefield." 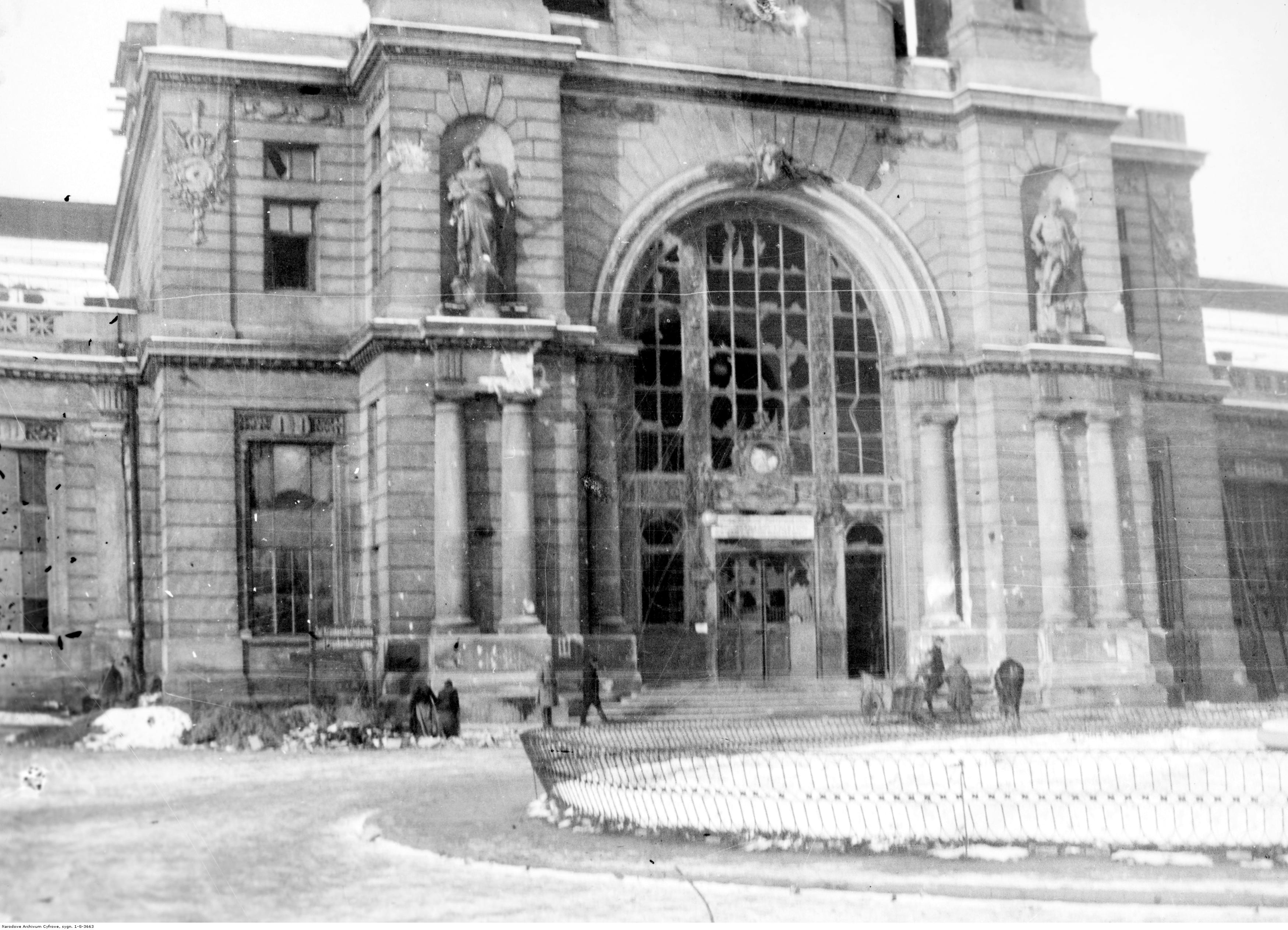 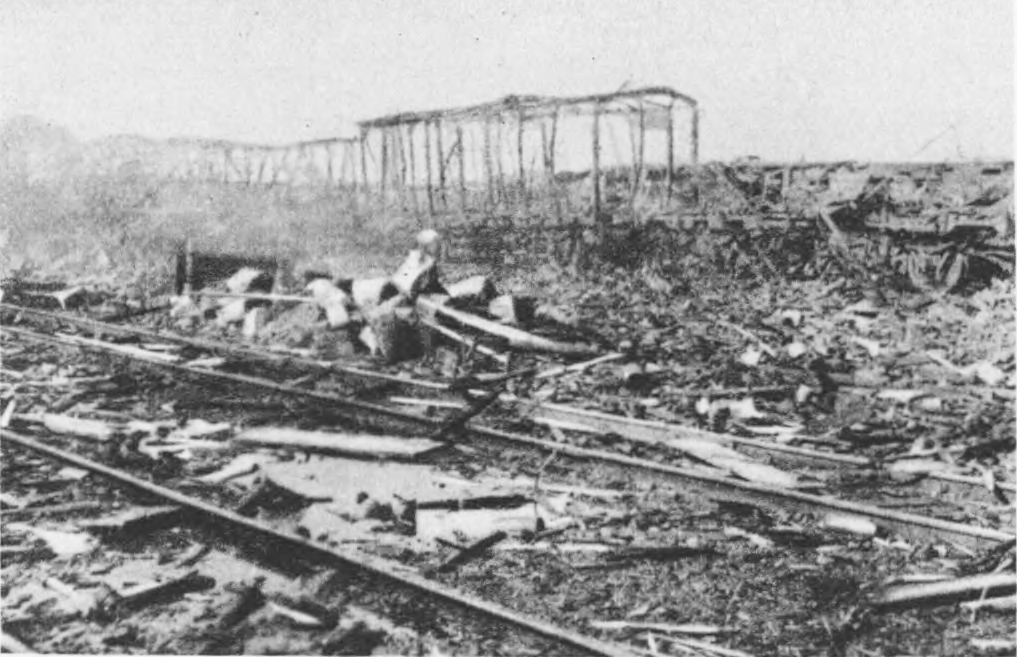